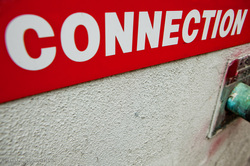 In our religious tradition, there are several pivotal stories that we tell again and again, actions and decisions by prophetic men and women that continue to shape who we are as a religious people.

One of those stories took place in March of 1965 in Selma, Alabama in the midst of the marches for the Voting Rights Act organized by Dr. Martin Luther King, Jr. and other civil rights leaders. As you know, that was a hopeful - and violent - time. As the marchers - many of them African American - prepared to embark on their march from Selma to Birmingham, they were attacked by white law enforcement officials. The march stopped only a few blocks from the starting point.

The next day, King called on clergy of all faiths to join him in Selma. Four hundred and fifty clergy responded to his request. One of those was Rev. James Reeb, a white Unitarian Universalist minister. He was killed that night by angry white demonstrators.

Two days later, the Unitarian Universalist Association Board of Trustees adjourned its Boston meeting and traveled to Selma to join the march.

On March 21, 1965, more than three thousand marchers left Selma for Montgomery. Of the estimated five hundred white clergy in Selma, over two hundred were Unitarian Universalists (1).

Today, if you visit our headquarters at 25 Beacon Street in Boston, a memorial hangs in the chapel, honoring and remembering three people who were killed in Selma: Jimmy Lee Jackson, who suffered the first death in Selma, shot by state troopers on February 18, and two Unitarian Universalists: Rev. James Reeb and Viola Liuzzo. This time in history has deep meaning for our faith. We showed up and put our faith in action, and it changed who we are.

Many of you lived through that turbulent time in America’s history. Others of us have studied it, and wondered what our contributions would have been - would we have been brave enough to stand up to the racism, to fight for human rights, possibly putting our own lives in danger?

In our history as Unitarians and Universalists, we proudly say that we stand - or move - on the side of Love. History has borne this out time and time again. We were early advocates for the poor, we identified as abolitionists, suffragettes, pacifists, and civil rights proponents. We said an early yes to marriage equality. Now - don’t get me wrong - not every single person nor every national or regional body got on board early and consistently. But for the most part, there we were.

And Dr. King’s prophetic call for a revolution of Love continues to stir our hearts so profoundly.

You - many of you - and I -  we’ve known each other for almost a year. You know by now that I love a good cause. I love marching in the streets for justice. I love standing with workers, bringing pressure on management for living wages and the right of workers to form a union. I love getting worked up and feeling holy indignation and knowing that justice rolls down like water and righteousness like a mighty stream.

And the thing is - as good as that feels - it can turn into an “us vs. them” mentality.

And I wonder if instead of being revolutionary, I’m not just playing into a drama that’s played out time and again over millennia. And I wonder if perhaps I’m missing a large part of Dr. King’s dream.

For King, revolution was a “radical redefinition of our relationships ... the end is the creation of Beloved Community ... a type of love that can transform opponents into friends.”(2)

The two people in our Story for All Ages this morning epitomized the difference. The old way uses a raised fist and strong language and needs an opponent, another side. It perpetuates an old paradigm, operating out of an ego response.

The teacher in our story showed the way toward Beloved Community - the teacher’s response saw and understood the humanity of those riding in the carriage, even when they almost ran over the teacher. That way comes out of love and compassion.(3)

On June 8, we will participate in a Visioning Process. You are all invited. And on that day we will decide - together - how we want to move forward in the next couple of years. What is the next chapter in our story that we will tell those who come after us? I want us to continue to be the warm, welcoming place where everyone matters.

And I hope we will make a conscious decision that day to be paradigm shifters. To become a home of deep soul. Of ever-expanding Love. A place where us and them ceases to be important. That we view the world as an entire us. And we see our mission in the world as restoring right relationship. Between humans and mother earth. Among humans and all creatures of earth and sky. Among ourselves.

What would happen if we stopped seeing dividing lines between people? between us and the natural world?

What might happen if we let go of enemy images?

That is deep, spiritual work, walking toward Beloved Community. It is difficult.

“The real work (of Beloved Community) requires time, the gift of presence, patience, honesty, empathy, deep listening; and accepting that to evolve in heart, mind, and soul takes effort and encouragement.”

That is why it is so important “…to slow down, be present, and discern what is most important in our lives.” (4)

And that’s what we do here. We slow down, we are present to ourselves and to each other, and we carefully weigh what calls out to our hearts and souls. From that, we take actions that heal and bring peace to a hurting world.

Two weeks ago, I asked you all to take time at the end of each day and think about - and write down - how you were a contribution that day. Several of you sent me your notes, thank you. You lifted up beautiful ways that you gently and courageously put Love into action in your daily lives, just by being you. I heard stories of careful listening to people with sad and hard stories to tell. I heard about helping a friend in need, and in that helping you both noticed - and marveled at - a beautiful rainbow that filled the sky after a drenching rain. I heard about someone making a point to offer a genuine smile to everyone she met that day, and later feeling enveloped by Love - Mother - God.

It is that kind of attention to one’s spirit that lays the foundation for growing into a Beloved Community. And it’s powerful, because in your moments of contributing, it wasn’t just you who was transformed - others around you were, too. Your spirit of abundance in being present for others opened up opportunities for those around you to experience life in a richer, more profound way.

So you have more homework! This coming week I want you to cast yourself as a contribution into the week ahead, knowing that you are a contribution in all your interactions. Imagine and understand that everything you do sends ripples out far beyond just you. This is a piece of moving into a new paradigm, to understand yourself and others as a contribution.  This shifts focus away from self-concern and engages us in a relationship with those around us that becomes an arena for making - and being - a difference.(5)

Hear me when I say: Growing into Beloved Community doesn’t mean we eschew making our voices heard on issues that matter to us. It means when we do take to the streets - or city hall - or doing work in our neighborhood - that we are motivated by hope, not anger. That we engage not only for someone else - but that we understand that we ourselves are changed in the process. Our liberation is bound up with everyone else’s. Dr. King understood that the southern freedom struggle held the power to redeem the souls of everyone.

Let’s make sure the next chapter in our shared story is steeped in love, hope, redemption, and healing the world.

3  “The Dervish in the Ditch” from Doorways to the Soul, edited by Elisa Davy Pearman. Told as Story for All Ages this morning.